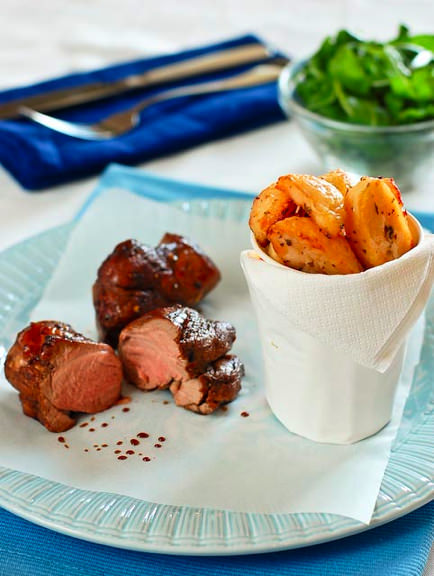 I’ve been a little quiet here recently. I’ve had commitments in a friend’s wedding party and also working on an autumn theme for Souvlaki For The Soul. It should be up in at least a few weeks time. So, back to my recipe. I found some beautiful organic pork fillets at the butchers the other day and I couldn’t resist picking up a few to play around with in the kitchen. I personally find pork fillet a little bland as a meat and to me it screams “I need flavour!”.   I thought about using a sweet and sour flavour base and using it up a little differently than normal. I love the flavour of balsamic. It can be quite tangy and sour when applied on its own to a salad but it can take on sweet properties when paired with say, strawberries. And I also like soy sauce. It’s dark, mysterious and full of salty goodness. So I paired these two dark liquids with some honey, garlic, chilli and white pepper. I marinated the pork fillets for about 5 hours and seared them in a hot pan and finished them off in a pre heated 180 deg C oven for 10-15 mins. I let the meat rest before cutting it and it had turned out beautiful and  a “little” pink inside (be careful not to serve the pork fillet raw!). The soy and balsamic had caramelised and created a beautiful crust over the pork. 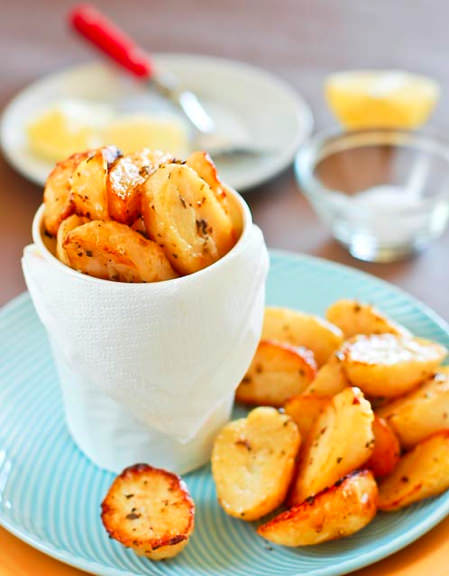 I paired this dish with some “Greek style” potatoes. I used some beautiful “chat” potatoes I found at the markets. They are smaller in size and cook quite quickly in the oven. I prepared the potatoes by peeling and slicing them in half and mixing them with liberal amounts of olive oil, the juice of one lemon, dried oregano, coarse sea salt and black pepper. For an extra lemon kick I sometimes grate some lemon zest through the potatoes to give them an extra lift. I placed them in a baking pan and had them in the oven for half an hour and then moved them to the second shelf as I cooked the pork for 15 mins. In total they took about 45 mins and they turned out crispy on the outside and soft in the middle.