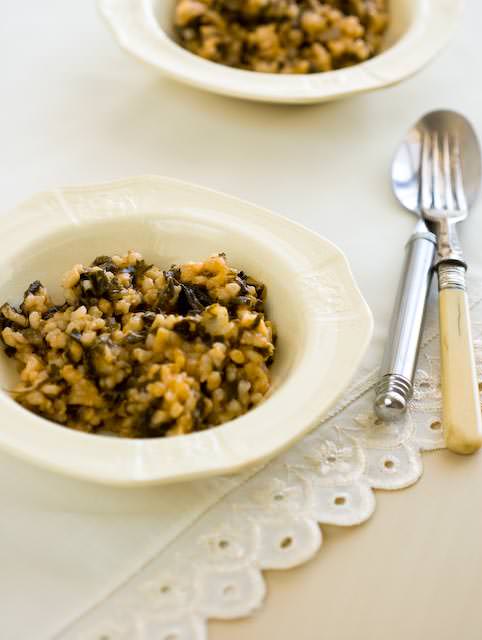 This dish is another one of those Greek classics that was constantly featured in my childhood.  I probably didn't appreciate it growing up but I love it as an adult.  It's "more-ish" and I actually find it quite addictive!  In fact I ate it for three days straight!  Spanakorizo is a healthy dish and literally translates as spinach and rice.  Served with a hunk of feta and bread on the side it can be a complete meal in itself.  Or you may choose to serve it as a side dish to some roast chicken drumsticks.  Whatever you do you won't be disappointed.  The spinach is sometimes substituted with cabbage and then it's known as lahanorizo.  That tastes great as well!

I'm not aware of how this dish varies from region to region in Greece.  I tend to make the version I watched my parents make.  In this version today I used Arborio rice as I feel it works best with the dish.  Sort of like an Italian risotto.  (Sort of!!!)  I don't want to offend any Greek or Italian food historians.  If you wanted to make it extra healthy I'm sure you could use a brown rice as a substitute taking into account the extra cooking time brown rice needs.  I also use dill and mint as the herbs and the aroma is mesmerising.  Perfect with a nice robust red during the cooler weather we are experiencing here. 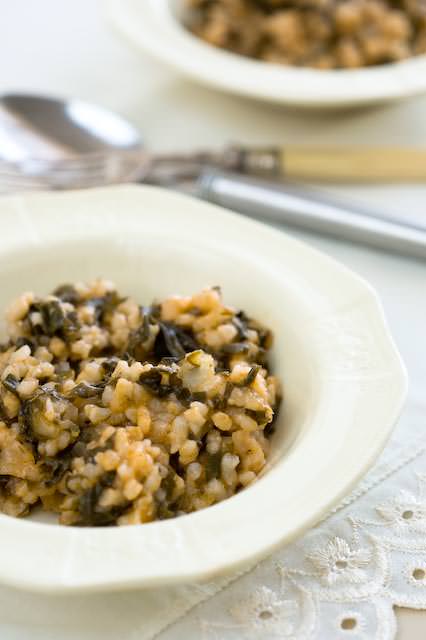 Serve with feta and bread...Enjoy!  It tastes even better the next day and the day after that!