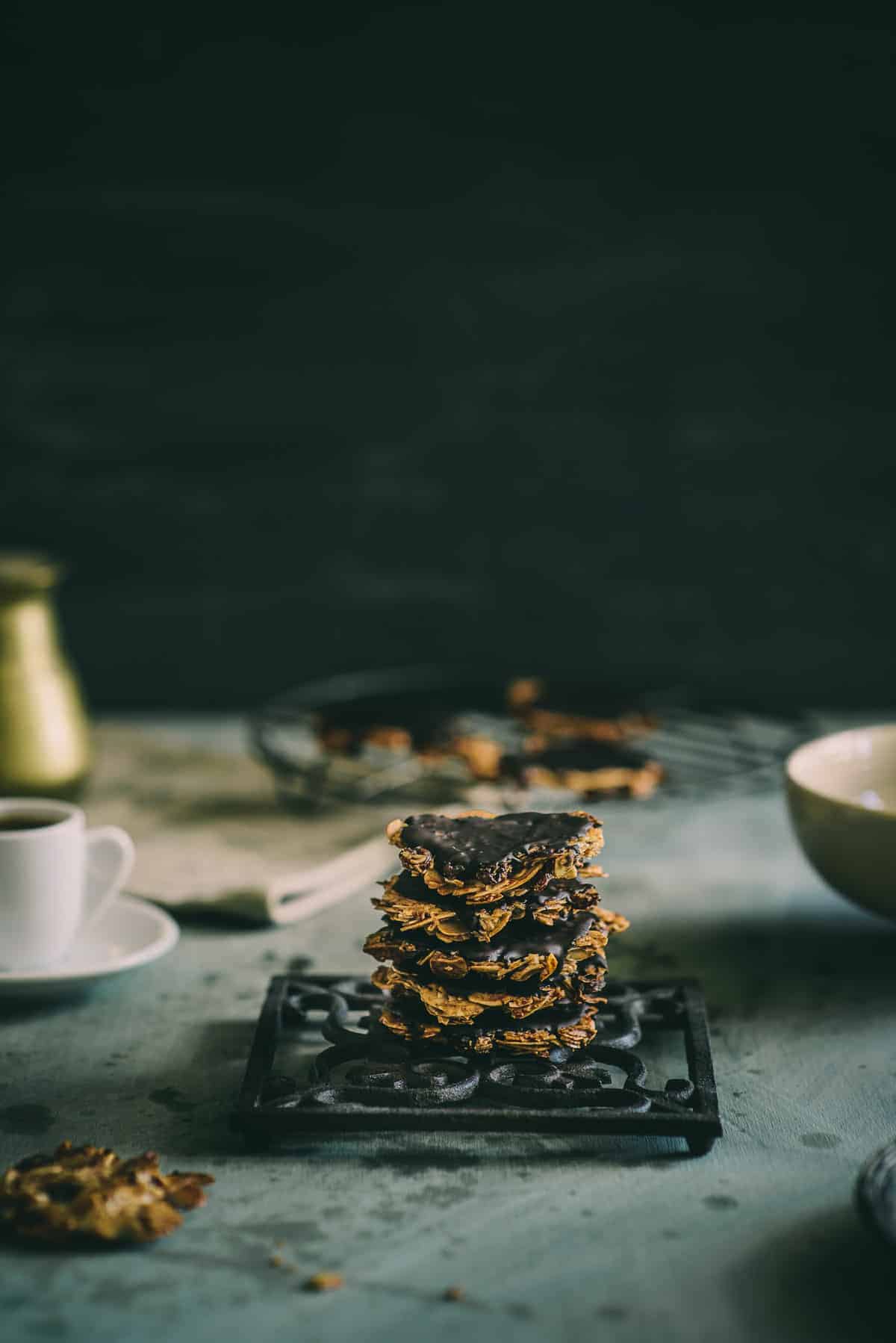 Lots of half used packets of this and that…

If you remember in my last post, I made cauliflower and feta fritters using leftover ingredients int he fridge and pantry.

In a way I challenged myself to see what I could come up with in the kitchen. As long as its use by date had not expired I was good to go.

And as soon as I saw the slivered almonds I wanted to make florentines.

I cannot remember the last time I enjoyed this sweet treat. I think it's been about 20 years!

Do you remember these? 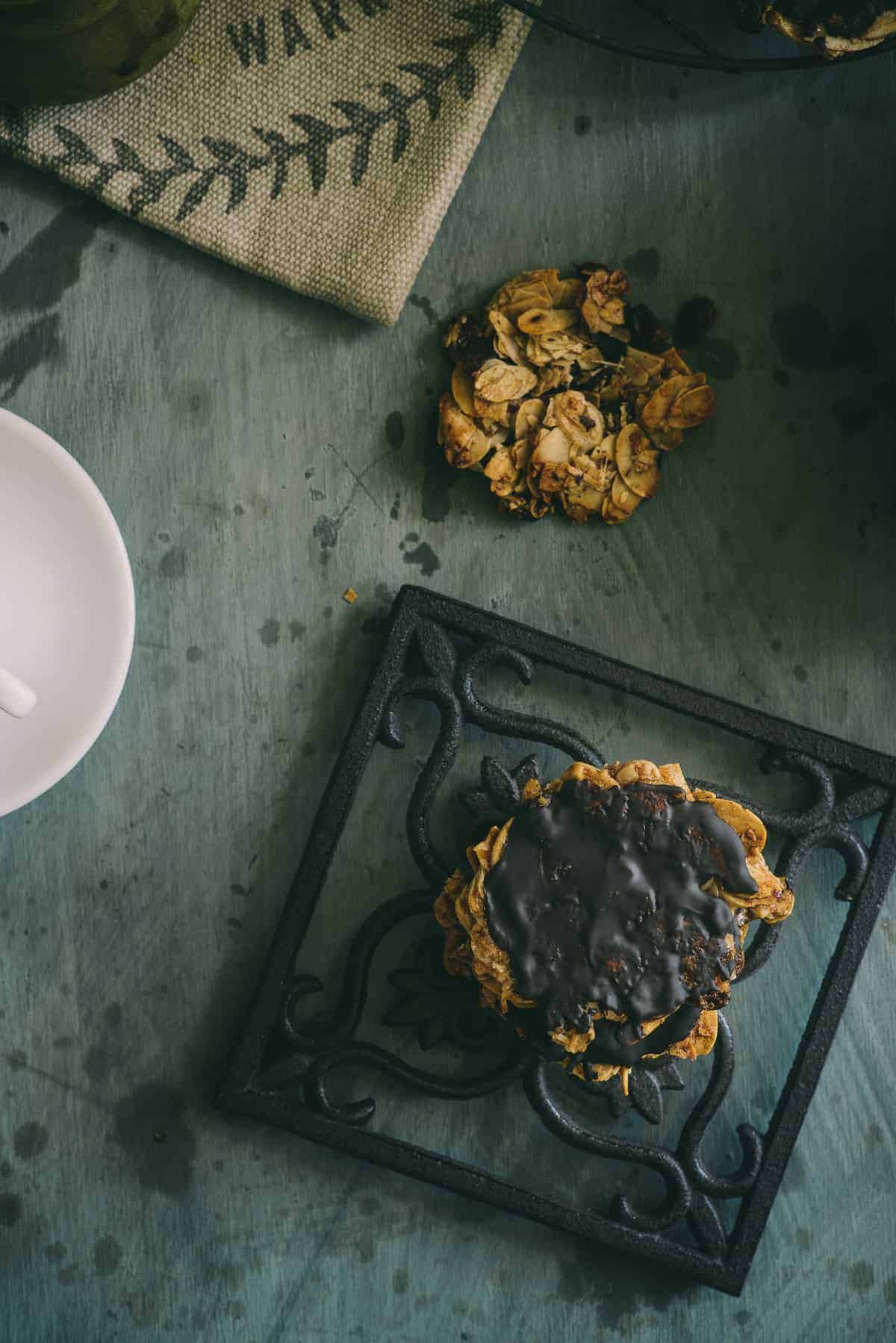 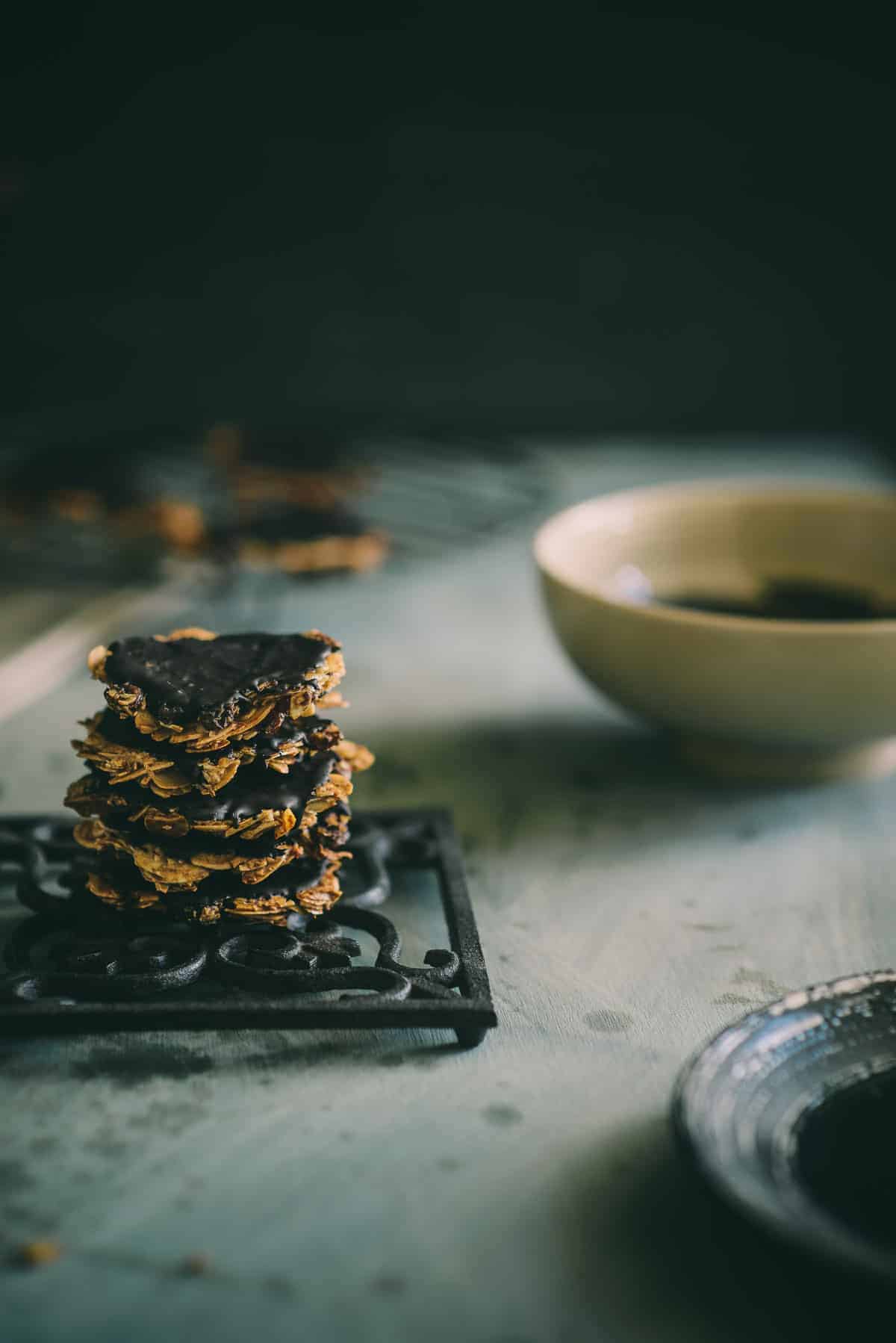 Of course I had to go the "Greek route" with these and chose my baklava spice mix to enhance them.

By now, you should know about my cinnamon adiction so it was only natural I would head in this direction.

I know my recipe is not traditional but that's half the fun of it.

I'll be honest and say that I was quite skeptical these would hold in the oven. But they worked!

Also if you do plan on making these, you'll notice they're a little on the chewy side. Perhaps a little longer in the oven would crisp them up and give them more of a crunch.

Serve these baklava florentines with some Greek coffee and enjoy! 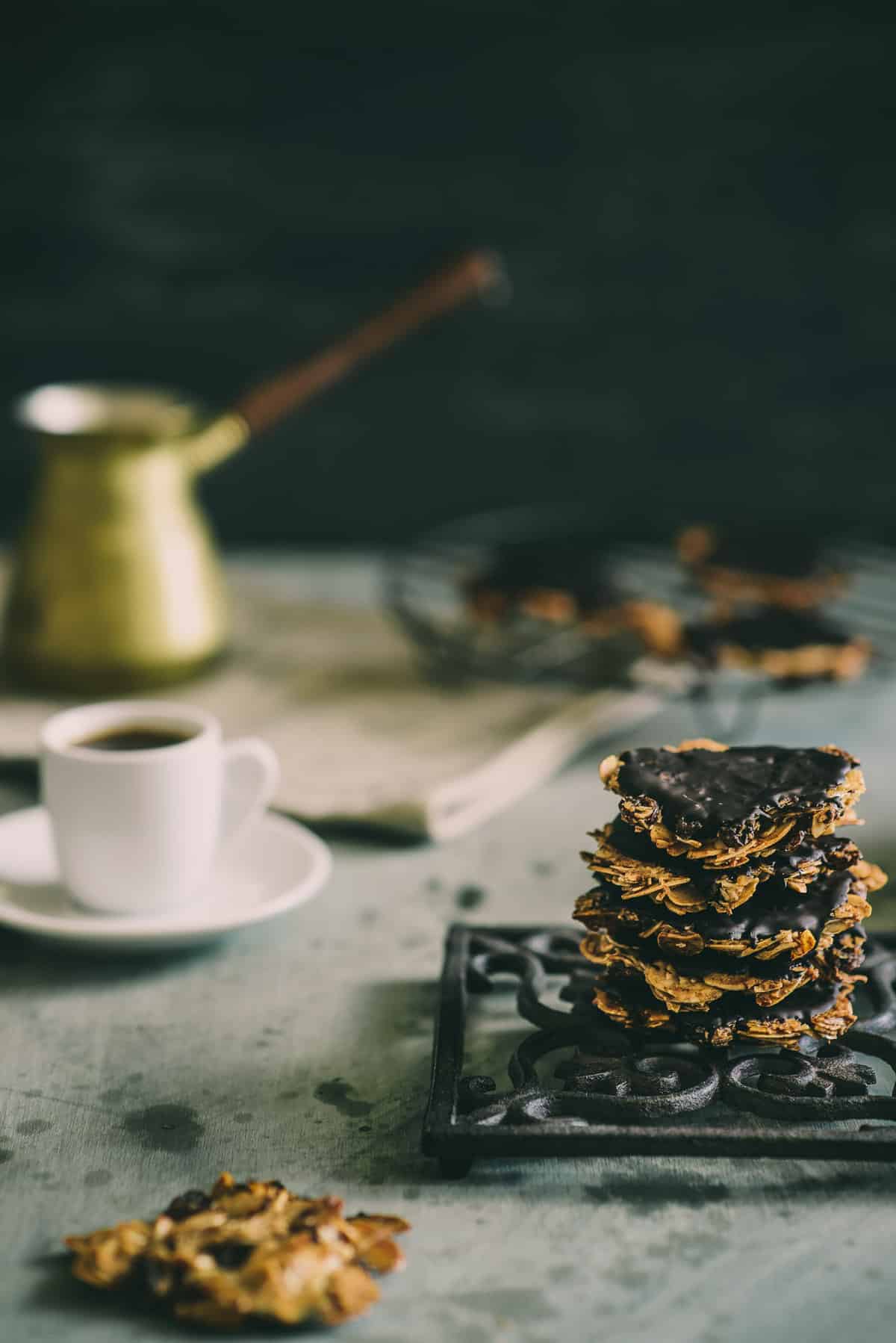 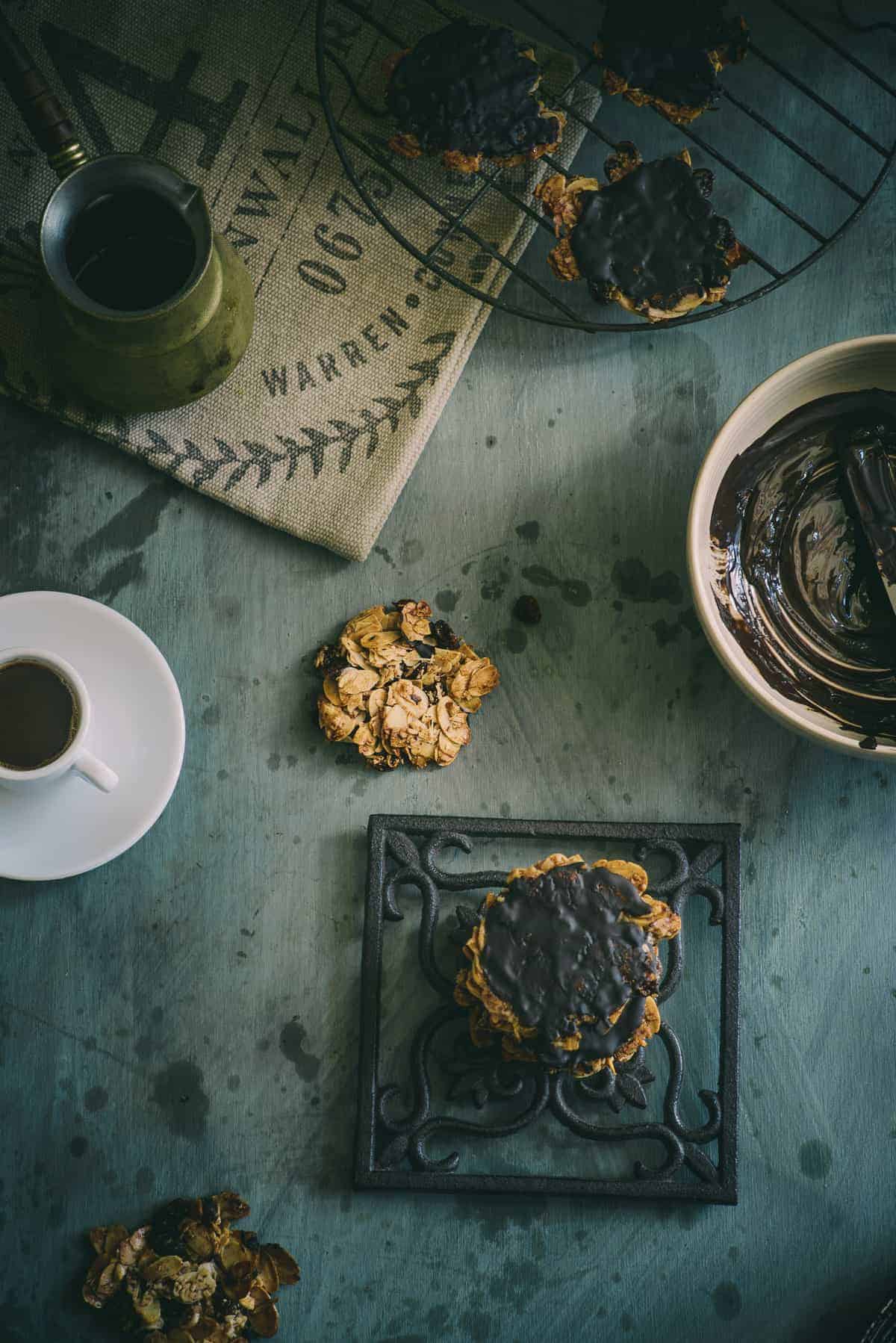