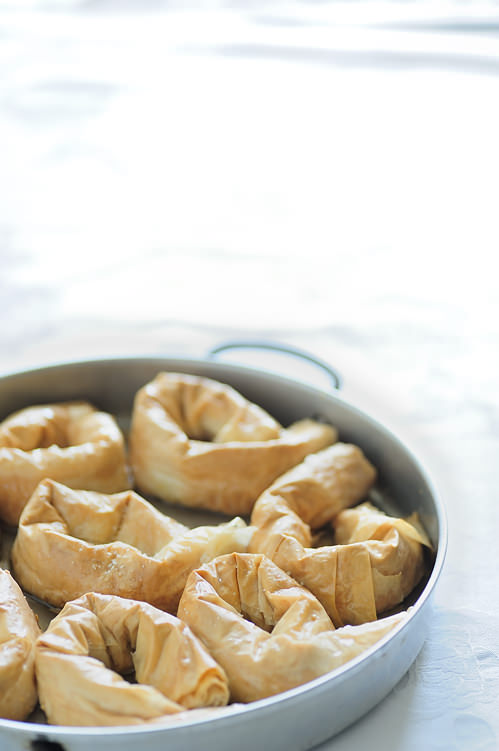 Looking for something simple, sweet, light and crunchy?  Then these sesame pies or crescents will definitely satisfy all those urges. Similar to baklavas and typical of Greek sweets they are doused with a simple syrup when they come out of the oven.  Sweets made with phyllo pastry are some of my favourites in Greek cooking.  To me they represent a time of celebration and family gatherings.  You may even call it "sweet comfort eating".

I made a few adjustments to the original recipe, especially the amount of sugar that was required for the sugar syrup. The rest is easy.  Some store bought phyllo, ground sesame seeds, brown sugar and a few spices.  And for all you good people fasting out there these are also Lent friendly.  I  also opted to brush the sheets with Greek olive oil instead of butter.  Enjoy these for morning or afternoon tea with a lovely cup of Greek coffee.  They are really delicious!

RECIPE FOR  PHYLLO AND SESAME PIES 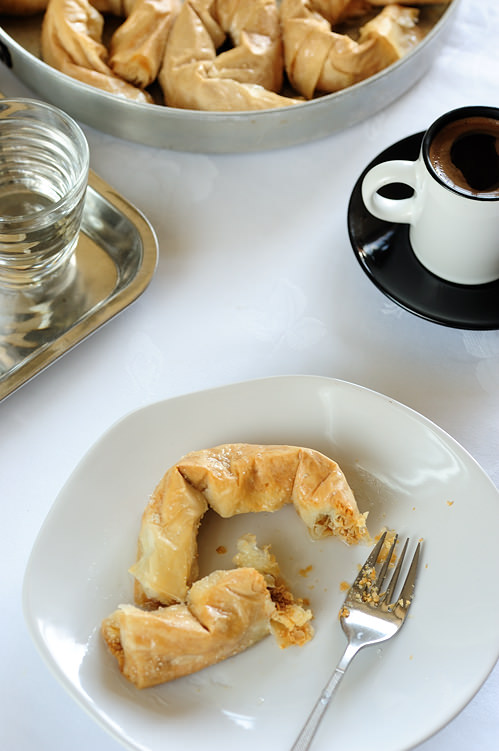