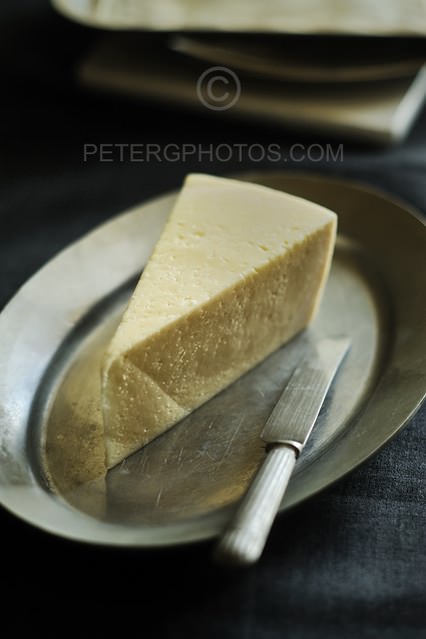 You're looking at a beautiful big slab of "kefalograviera" cheese.  And you know what I'm going to do with it?  Slice it up in thick wedges and fry it!  It has the tastiest, most "moreish" and addictive flavour.  I ain't a cheese expert but I gotta tell you this beauty takes on a whole different dimension when lightly pan fried.  It's a salty, Greek cheese with a very strong and pungent aroma.  When I opened the package in my kitchen it released its strong aroma quite quickly.  I generally have a hard time enjoying certain Greek cheeses because of their aroma but this one is different.  It's addictive. 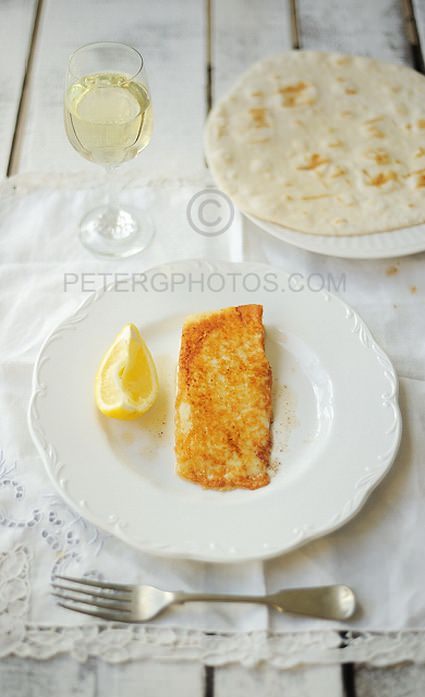 Some people prefer to dredge the cheese in some plain flour before frying but I don't bother.  I use a good quality non stick pan, add a few splashes of olive oil and pop it in.  I let it fry till it forms a golden crust and turn it over and repeat.  Serve it with a lemon wedge and you're good to go.  Just a point here: the word "saganaki" actually refers to the small, two "handled" pan the cheese is traditionally cooked and served in.  You can also find other dishes referred to as saganaki which are typically foods cooked in a tomato sauce with feta cheese (such as prawns saganaki)...but in the end it doesn't matter!  It's all Greek to me!  As you can see from the photo I swayed from tradition and chose to serve it on a plate with some toasted pita bread and a glass of crisp white wine.  Like a lot of Greek dishes, the saganaki is best served in the centre of the table for sharing.  Just make sure you have plenty for everyone though!