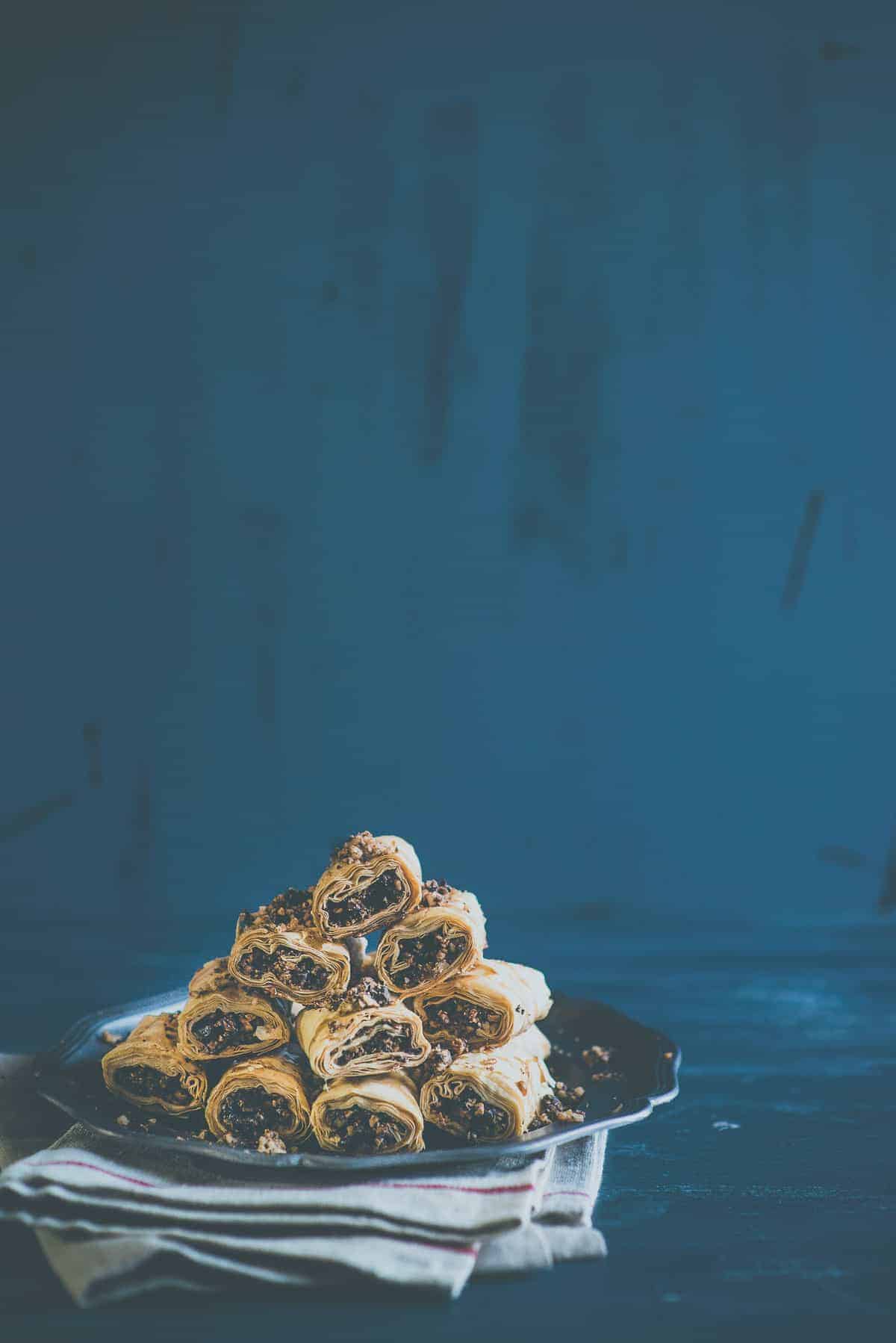 The mere mention of this word can often bring up heated discussions about the origins and authenticity of this dish.

I've indulged in a variety of versions over the years whether it be Greek, Turkish or Lebanese.

Each variation is delicious in its own right. You can't argue against that!

One thing they all share in common is fillo pastry, nuts, spices and sweetness.

Today I'm sharing a chocolate baklava recipe that is a little different and I hope will ignite as much passion as the other ones! (I'm kidding of course!).

Recently I dined at a Turkish restaurant enjoying a 17 course extravaganza feast. When it go to the dessert stage our waiter explained that we would be enjoying the house special "Choclava".

Of course I misheard and thought it was something to do with "chocolate lava".

Until I saw the familiar fillo pastry I finally realised it was "Chocolate Baklava".

Linguistics aside, my first thought and instinct was "I need to make this at home".

With my thinking cap on and my apron fitting snugly (a little too snuggly…ahem!) I tested a number of versions until I was satisfied.

You could easily make this in the traditional manner using a "tapsi" (Greek word for baking dish) like my other version of baklavas - but I opted for little rolls.

The filling was a little tricky because even though it was a chocolate baklava I didn't want the chocolate to be overpowering and sickly sweet.

In the end I settled on a mixture which was not only tasty but both aromatic and fragrant.

I combined walnuts, cashews and spiced it up with cinnamon, cardamom and orange zest.

When they were piping hot out of the oven I drizzled over a simple sugar syrup which was enhanced by a little honey and orange juice.

Hope you enjoy this version. 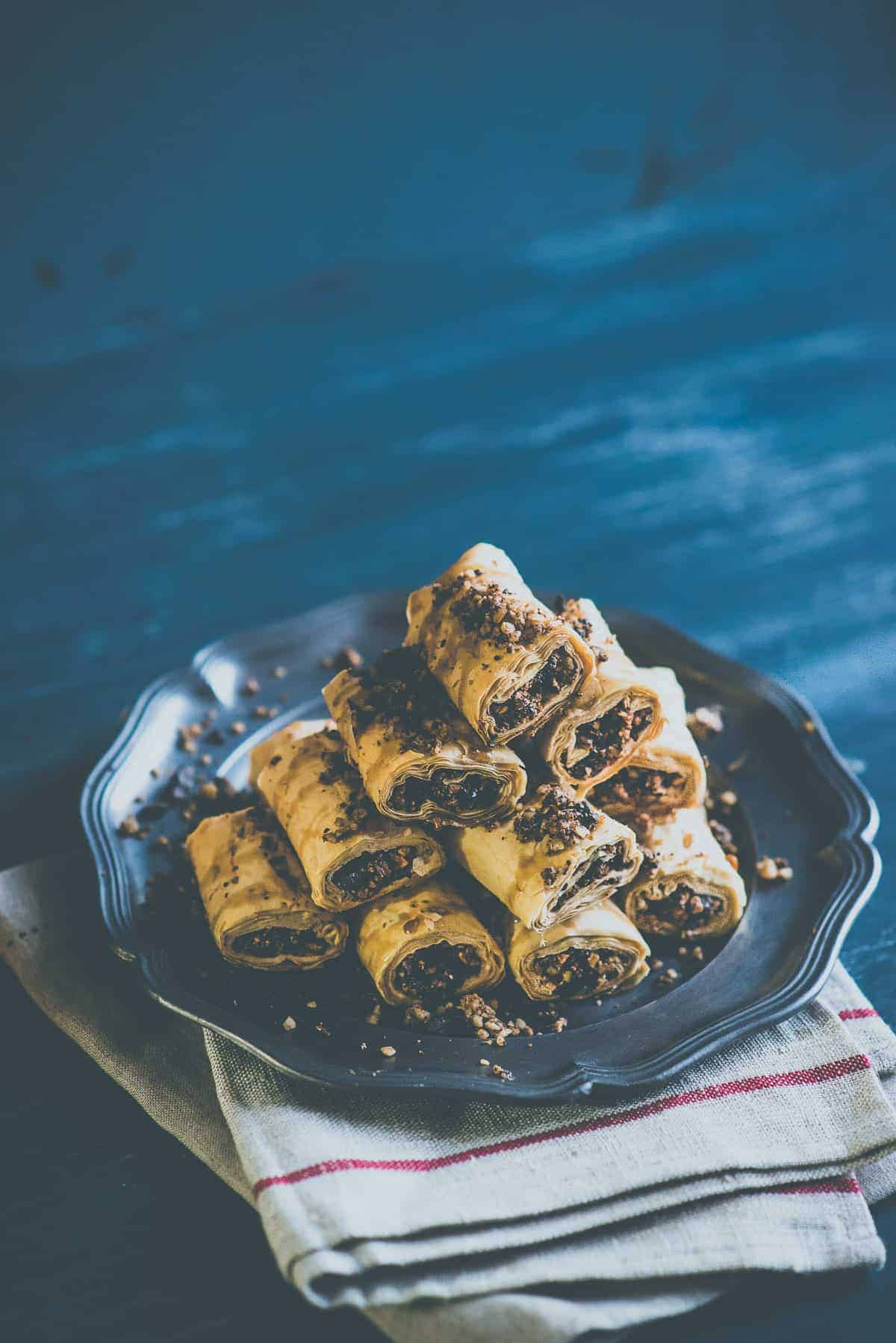 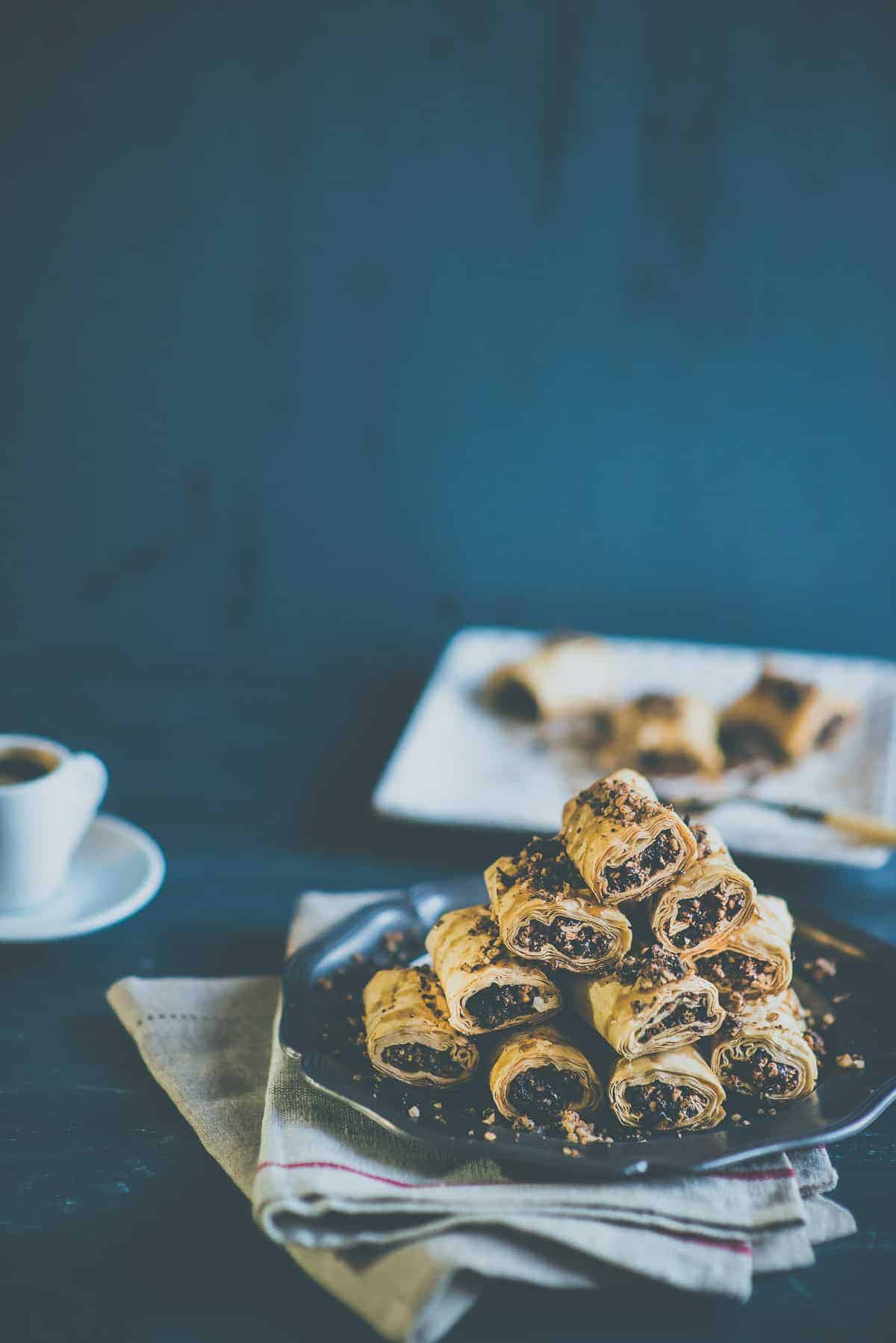 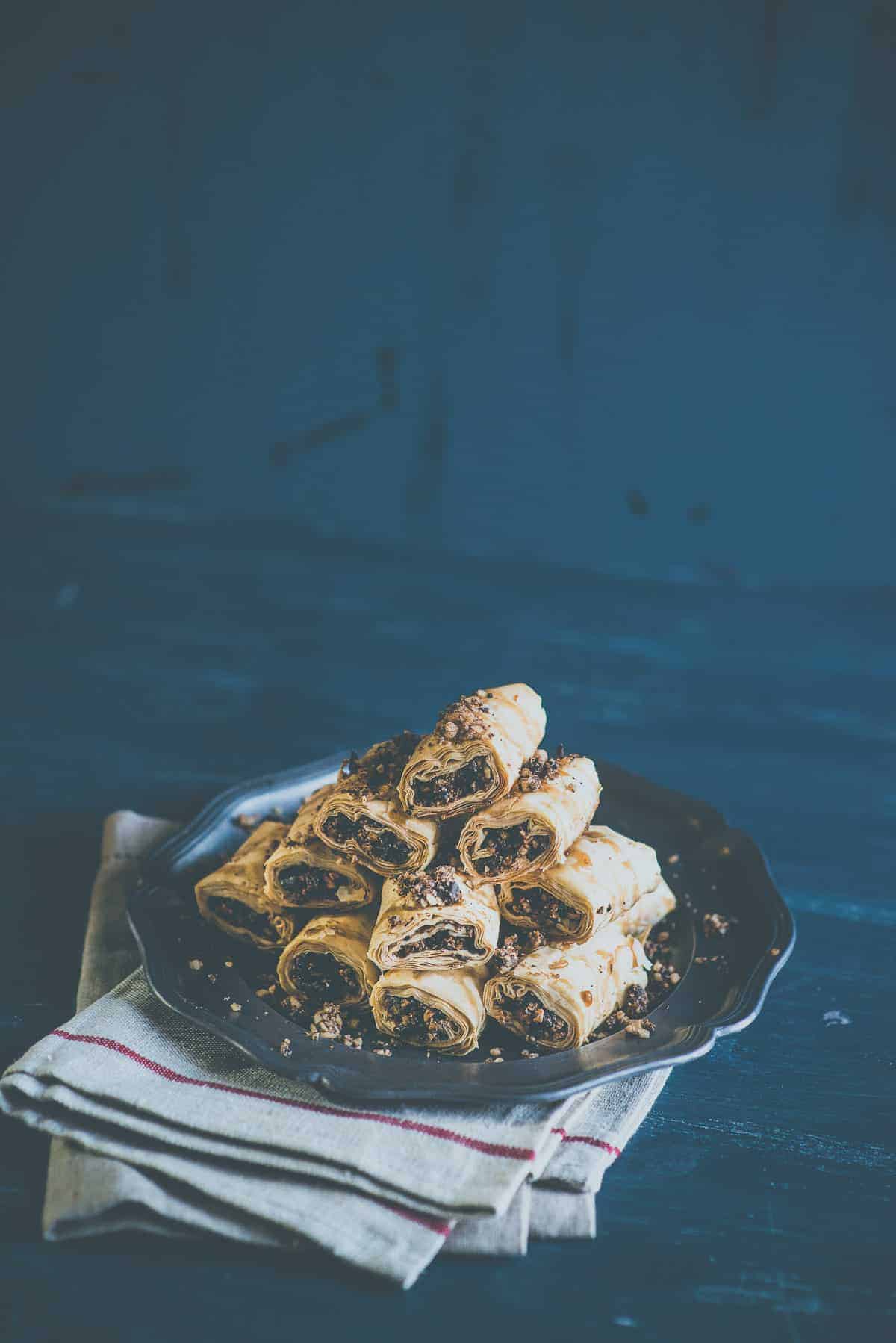