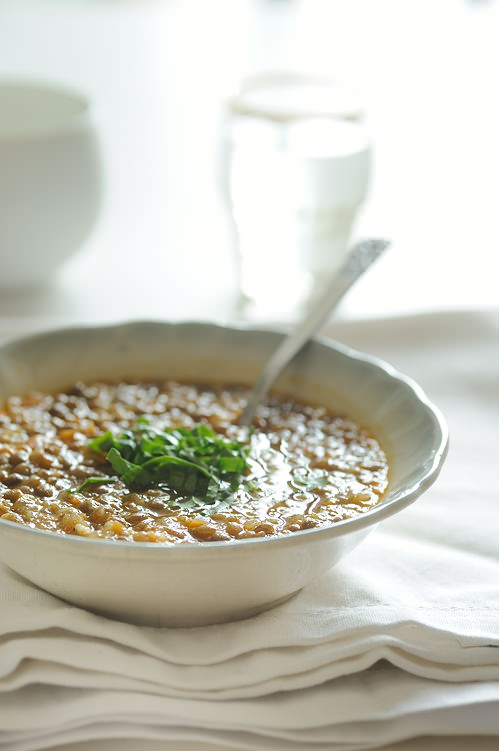 I love lentils!  I'm thinking of getting that printed on a t-shirt and telling the whole world.  Ok. Maybe that's a little over the top but what's not to love about this legume?  It's healthy, full of fibre and definitely fills you up.  And I do love lentil soup.  I've made  lentil soup with chickpeas and quinoa and I've also combined pumpkin to make a hearty pumpkin and lentil soup but I do not have a recipe for the Greek version of lentil soup a.k.a "fakes" (pronounced fah-kes).  Sacrilege!  All jokes aside regarding the pronunciation, this oh so simple and very warming on those cooler days.  The beauty is you can jazz it up any way you wish.  Like extra spice?  Add some chili.  Cumin is another spice that marries well with lentil soup as well.  I've taken the more traditional road here and used bay leaves and some oregano.  Having said that, I've seen lentil soup served in many Greek households a number of ways.  I've had it with chunks of potato, rice and even hilopites (Greek home made pasta).  It all depends where you come from.  But I think one thing is pretty universal with the Greek version of  lentil soup.  As it's being served it's wonderful with a few splashes of vinegar.  It just lifts the dish to another level.  I sometimes like to drizzle some extra virgin olive oil too.  It's all good. 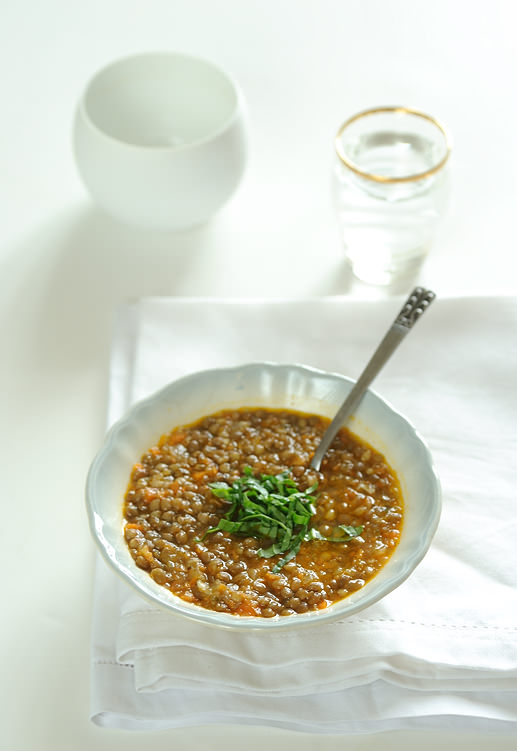 Peter is the chief recipe tester - eater - photographer - traveller here at Souvlaki For The Soul.
Connect with him here Read More…