Home » Lunch » How to make Barbecued Ribs in the oven 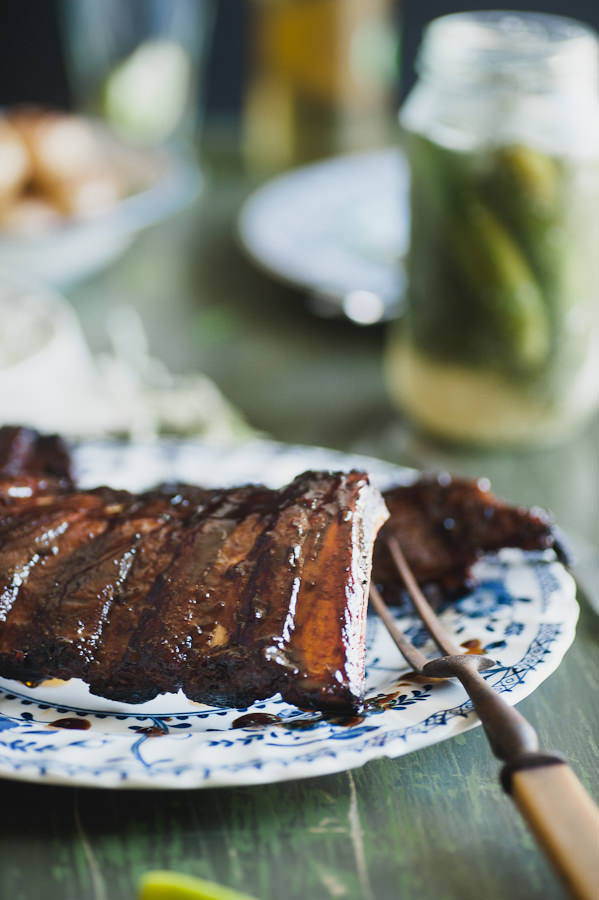 When the fire alarm went off, I knew I had gone too far.

I'm sure you've had a ”perfect” idea only to find out later that perhaps some things should never be attempted.

I like living in my ”small-ish” inner city pad.  But hate the fact that the balcony is enclosed.

Just before the recent blog dramas, I decided to make barbecued ribs.

I had gotten one of those tiny barbecues that suit the inner city apartment dweller. 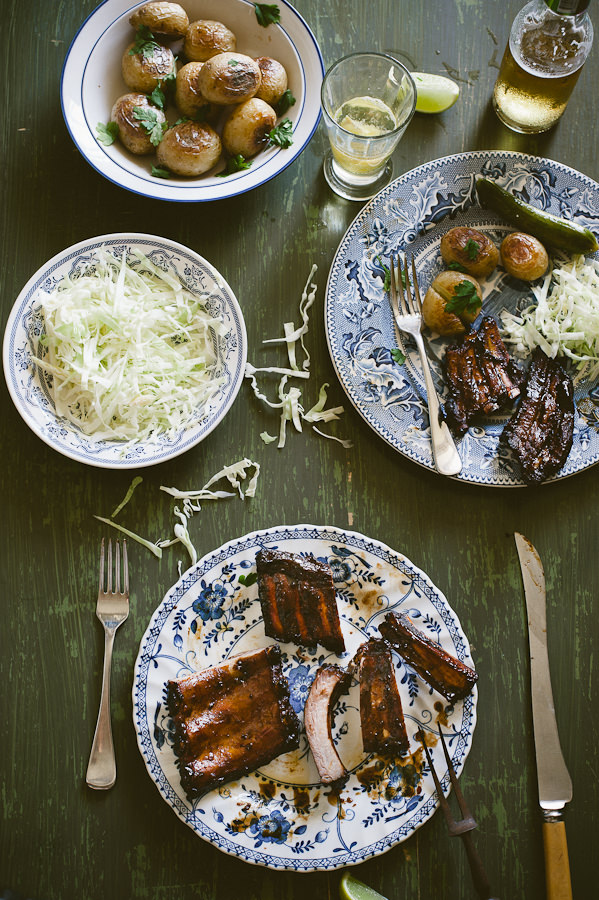 Even with the windows wide open the smoke made its way inside. Ok. It wasn't thick, black ”burning down the house” kind of smoke.

But it was "intense".

And then the fire alarm went off. And I'm sure you can figure out the rest.

My face was redder than the marinade! 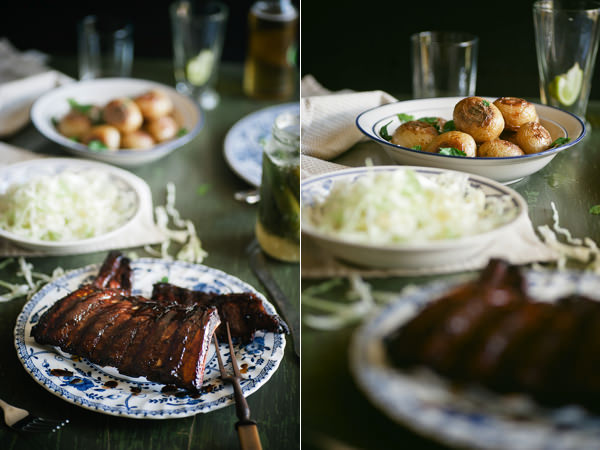 Part two of my barbecued rib experiment relied on using the oven. I know my oven. I love my oven. I trust my oven.

It's what I should have done in the first place.

So how do you go about making "barbecued" style ribs in the oven?

The ribs you need to use for this are pork baby back ribs. They are sometimes referred to as ”American style” ribs.

Boil the ribs for about five minutes before marinating them. It removes any impurities and makes the cooking time quicker too. 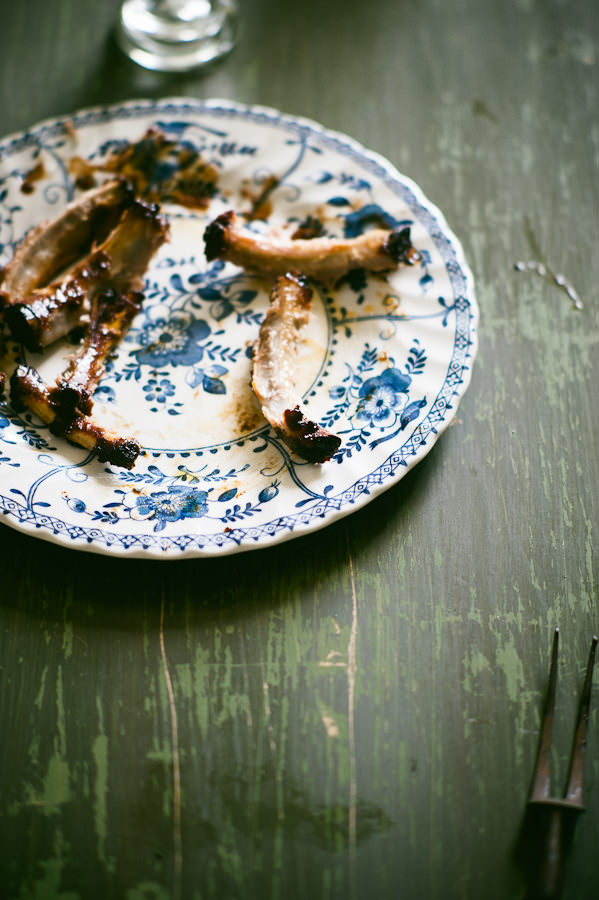 For the ever important marinade, I used my favourite ingredient in this. Petimezi. A nice Greek touch don't you think?

Petimezi is absolutely the perfect partner for this dish. It's naturally sweet and plays well with other ingredients too.

The longer the you marinate the ribs the more intense the flavour will be. Overnight achieves the best results.

And make sure your oven is smokin’ hot (ok bad choice of words). A hot oven will allow the ribs to caramelise and cook quickly.

*A note about the recipe.  I used 2 smaller racks of ribs.  Perfect for a couple. Any larger ribs will require the marinade to be adjusted and baked for a little longer* 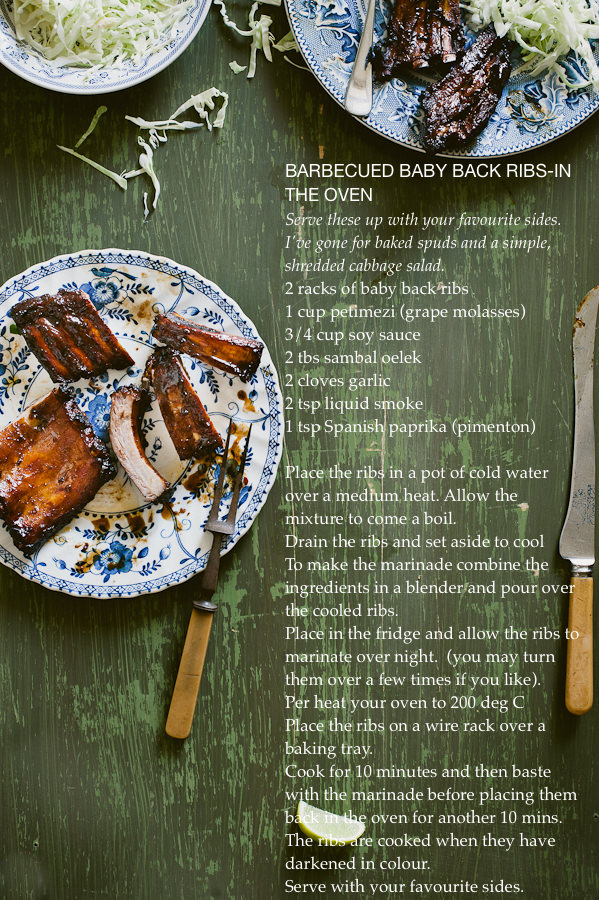