Mazzaro Beach and Mount Etna are two "must do's" if you visit Sicily.  Here's my little tour ...

As I explained in my previous post on Taormina, it’s hard not to fall in love with the place.  Whilst I managed to explore and eat my way through this gorgeous Sicilian town, a good part of my days were spent sunning my Mediterranean body at Mazzaro beach.

Let me start off by saying, I love this European system of user pays!  For 15 Euro we were transported to the beach which gave us access to a chair and towel and our own personal lifeguards!

You could order a variety of drinks and food and have it brought to you or you could pop up to the restaurant and indulge in the local pizzas, salads and my personal favourite - pasta vongole.  This almost became a daily ritual for me. And not once did I feel “bloated” after indulging in pasta and bread.  The Sicilian diet rates very highly on my list!

If you ever head down to Mazzaro Beach, be sure to take a tour one of the private boats that wait on the beach.  Ask for Enzo and he’ll take you on a one hour tour of the surrounding areas, namely Isola Bella.  Here you can swim in 60 foot deep, sky blue water and explore the volcanic rocks with their bright orange markings.  And if you strike up a conversation about food with Enzo he’ll even cheekily let you have a shot of the local, very potent, almond wine! 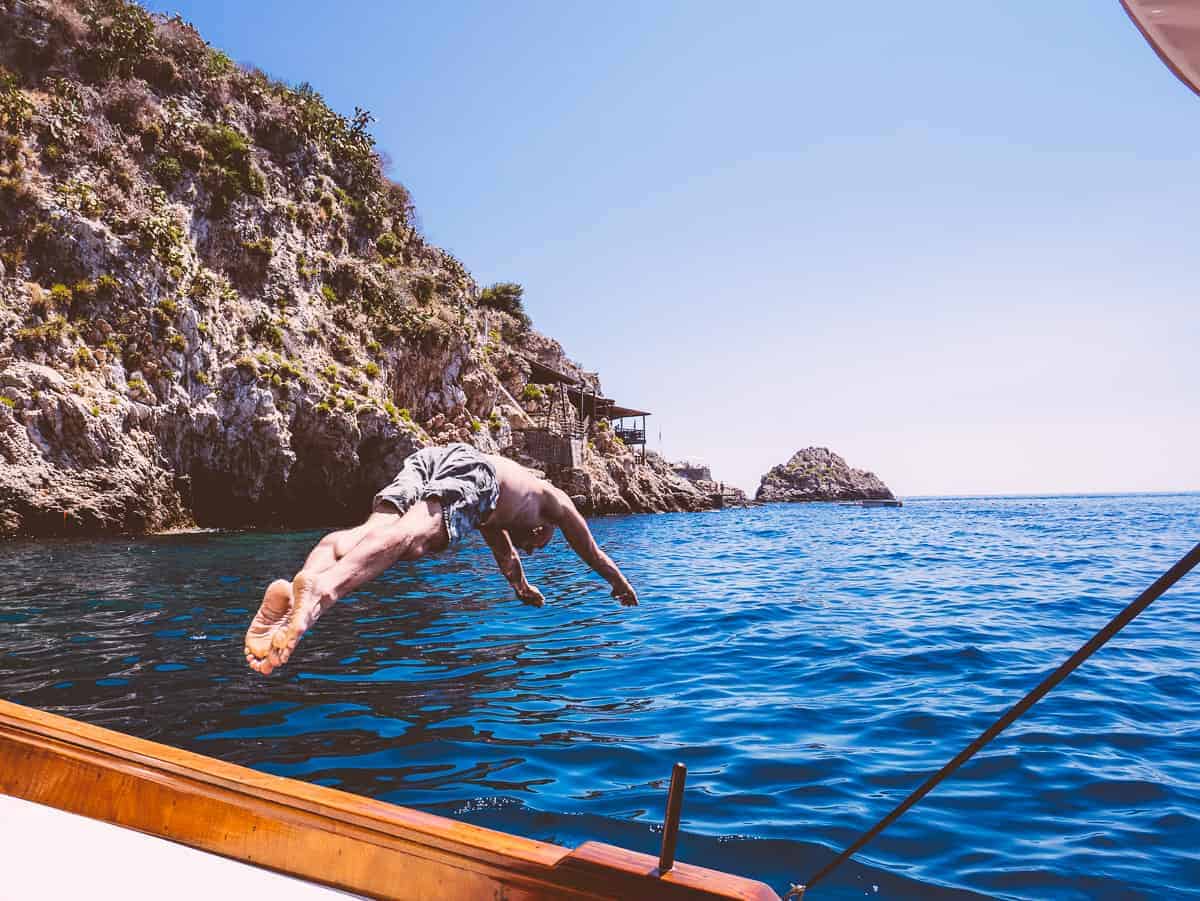 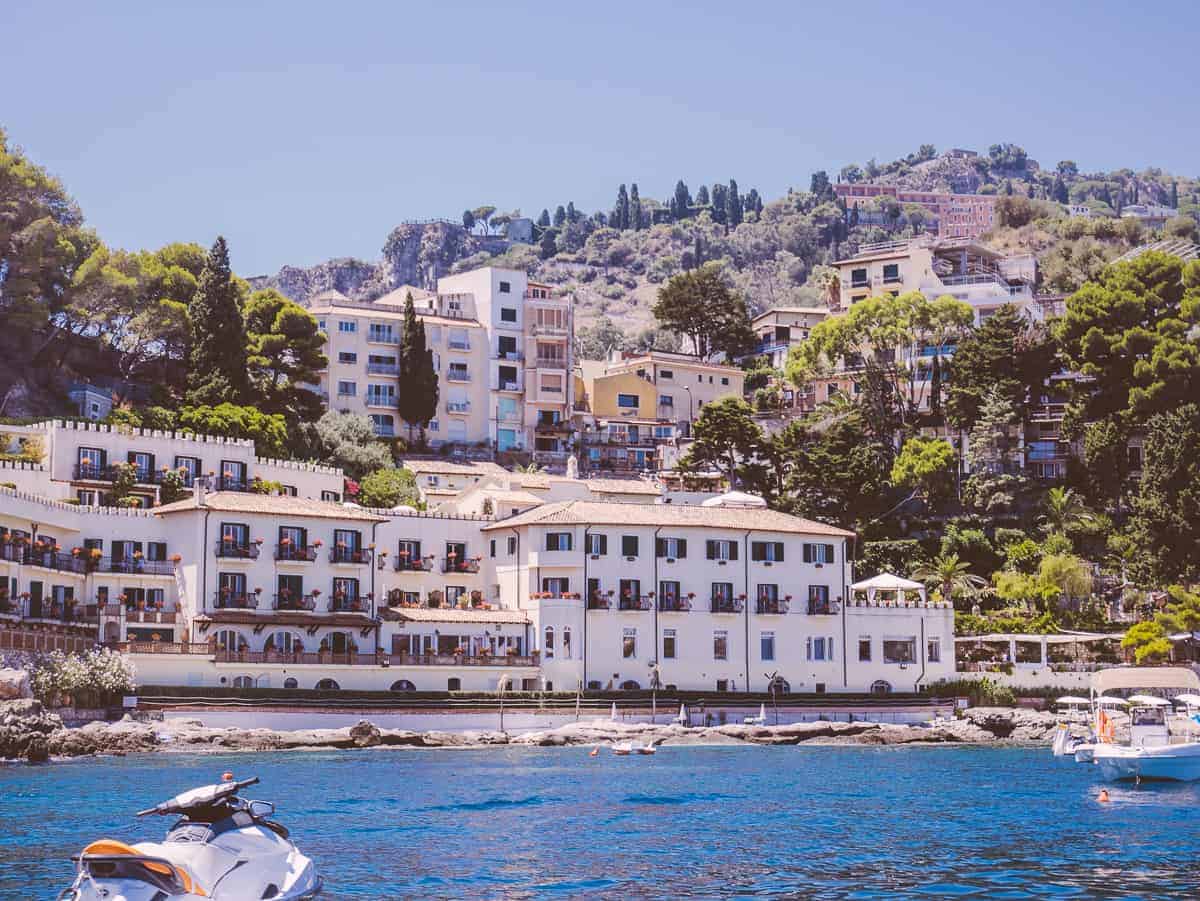 I don’t think a visit to Sicily is complete without seeing how Mother Nature works in this part of the world.  I’ve never been so close to a volcano before and of course I will exclaim that Mount Etna was “breathtaking”.  Yes. It might be a bit of a cliche but there are really no other words to describe it.

The acrid, dark and eery landscape might put you off but it’s totally worth it.  I was mesmerised by the whole experience almost taking 500 photographs whilst I was up on Mount Etna!  I was also surprised at the lengths some people went to, to get that “perfect shot”. I saw one guy reaching over a very scary ravine, being held by his girlfriend while he was extending his zoom lens!

We were quite lucky as well because Mount Etna decided to put on a bit of a show for us. Lava started spewing out as the sun was setting and it provided a spectacular fireworks display.  There are numerous companies offering tours up to Mount Etna. You basically make your own way to a meeting point and then a horde of buses take you up to a viewing area. 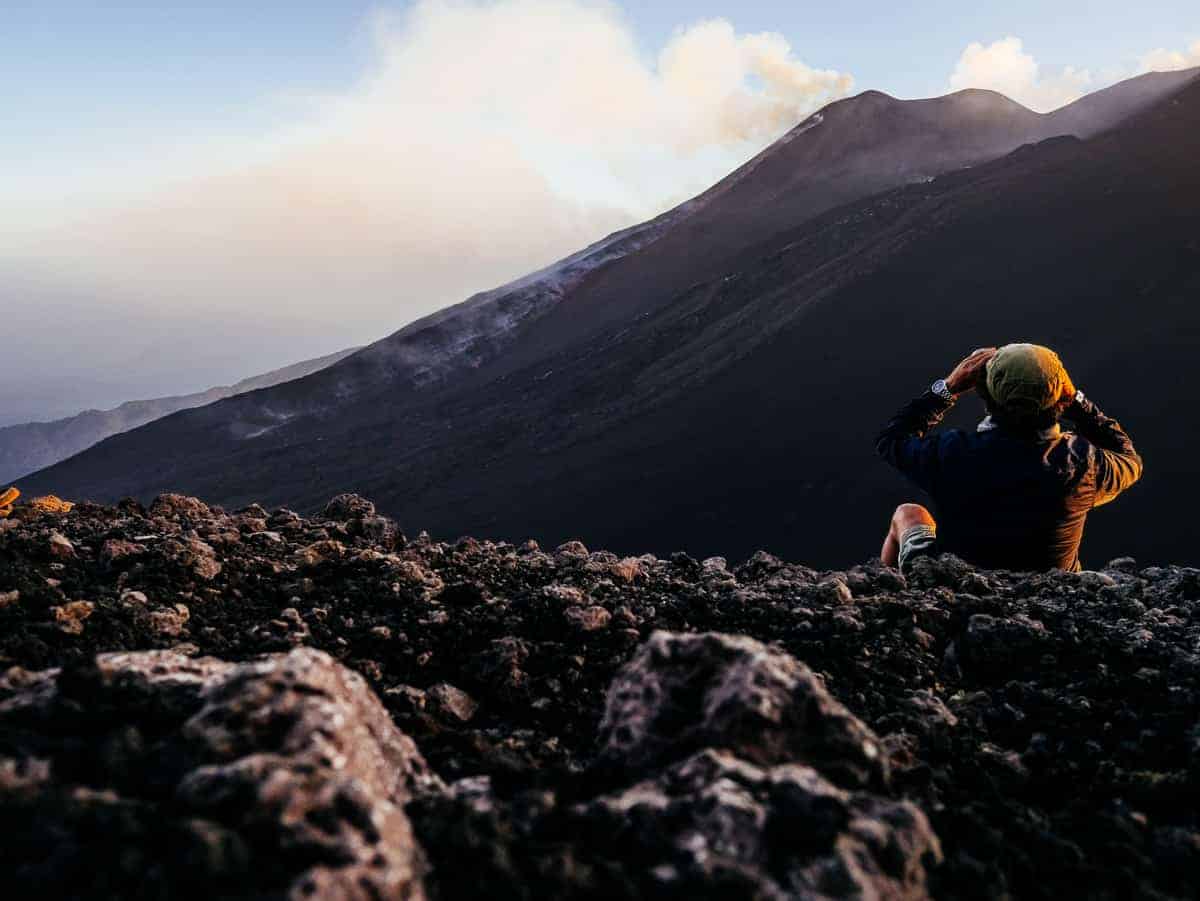 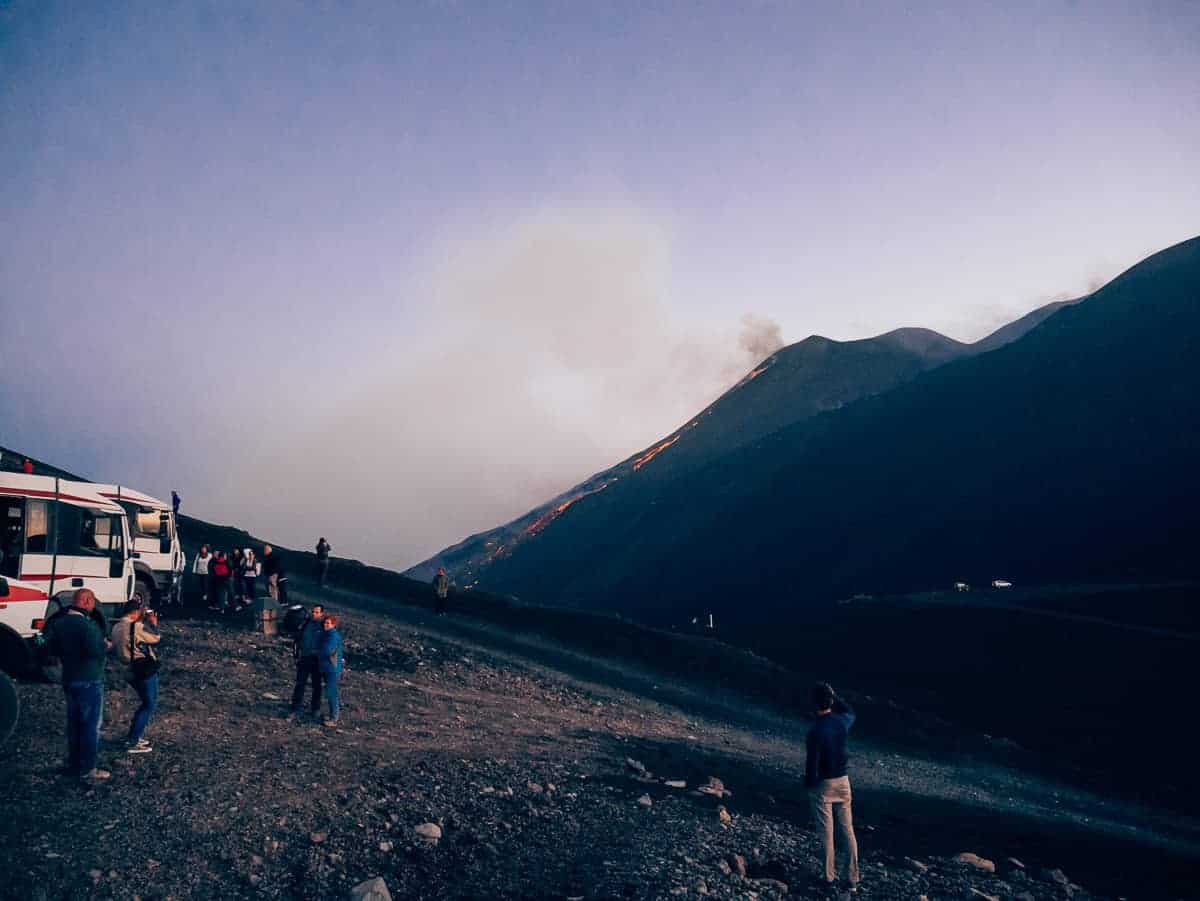 It is highly recommended (no matter how hot it is) to bring winter clothing when you head up. At 3,500 metres let’s just say it was a tad “chilly”.  No. I’ll take that back. It was freezing!  Protect yourself with well insulated clothing and the experience will be fine.  Mount Etna is a definite “must see and do” whilst you are in Sicily.