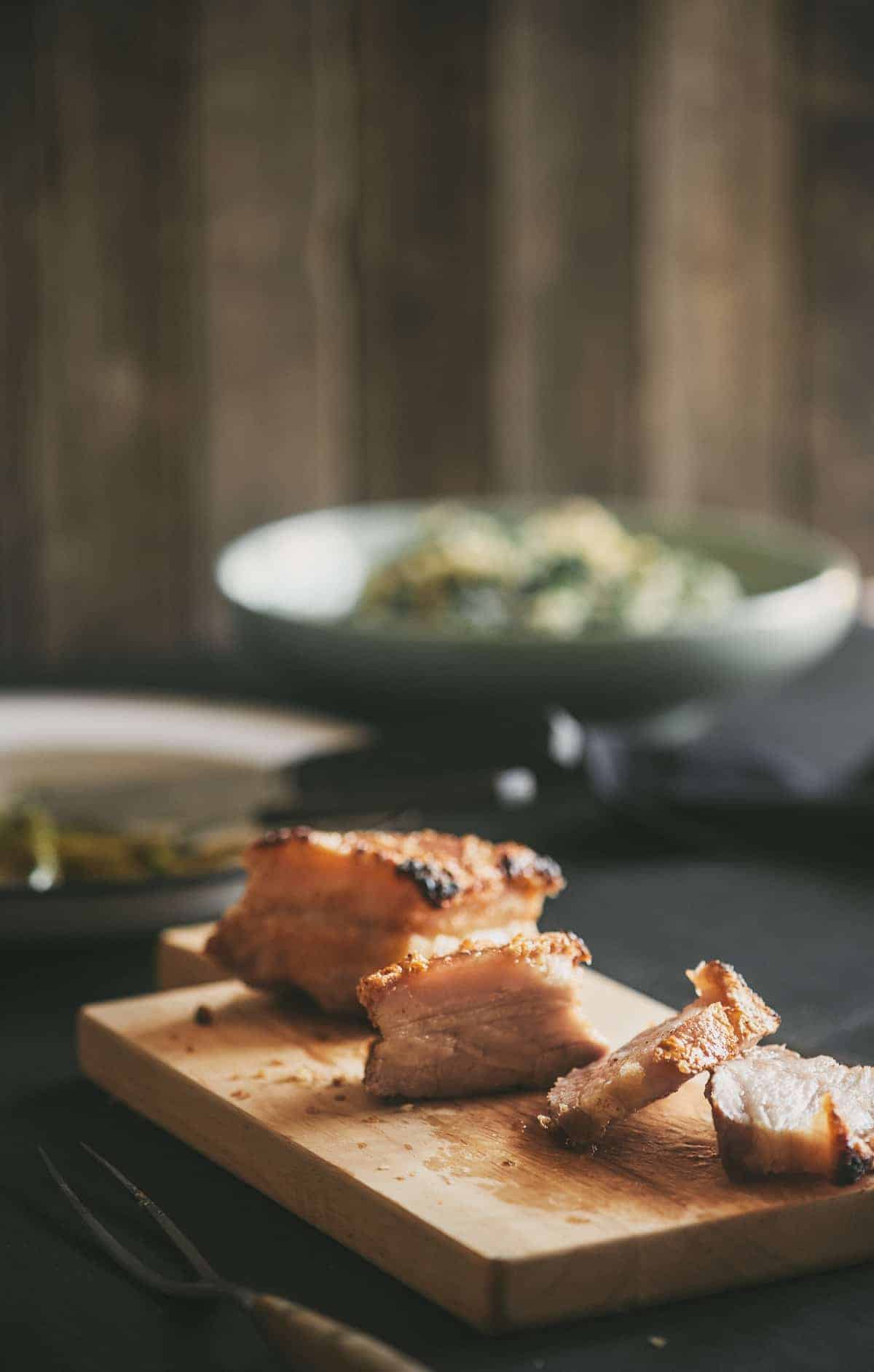 These delicate morsels were calling my name all the way from the freezer last night!

"Cook me"…I could hear them saying.

And don't worry I've eaten it many times.

I was a little apprehensive about what flavour combination I would attempt.

In the end, simplicity ruled.

Similar to my roast pork I scored the skin and poured boiling water over them.

I then patted the pork belly dry and rubbed it with a little olive oil and lots of sea salt, making sure to get it right between the scored flesh.

Because they were on the smaller side, they didn't take long to cook.

The roast pork belly was ready in no time!

And what did I pair the pork belly with?

I've seen a lot of recipes on the inter webs recently where cauliflower is substituted for potatoes and other carb delights.

I'd seen this recipe and I have to say it was impressive. And down right easy.

Cauliflower florets are whizzed up in a food processor and the final result is "imitation" couscous.

I used half a head of cauliflower, some garlic and threw in some leftover shredded spinach, Tuscan cabbage and kale. Cook it in some olive oil, add some seasoning and you have instant gratification.

The "recipe" is highly flexible and you can add whatever you fancy.

The final part to my roast pork belly feast was to roast some really thin asparagus in some of the pork fat.

The first season's asparagus are just coming into the markets now and these were christened with all that beautiful, rendered fat.

All in all a good meal.