It doesn't take a lot to inspire me.

Especially when it's food related.

After receiving some great inspiration from the latest Jamie Oliver cookbooks, my attention has turned to the Middle East.

Many years ago whilst holidaying in London I visited a restaurant in Notting Hill by the name of Ottolenghi. The moment I entered into this eatery I knew I was in a safe place!

It was a visual display of glorious pastries, sweets and colourful salads. I was mesmerised (and so were the taste buds) by the simplicity of the food and how beautiful the produce was treated. 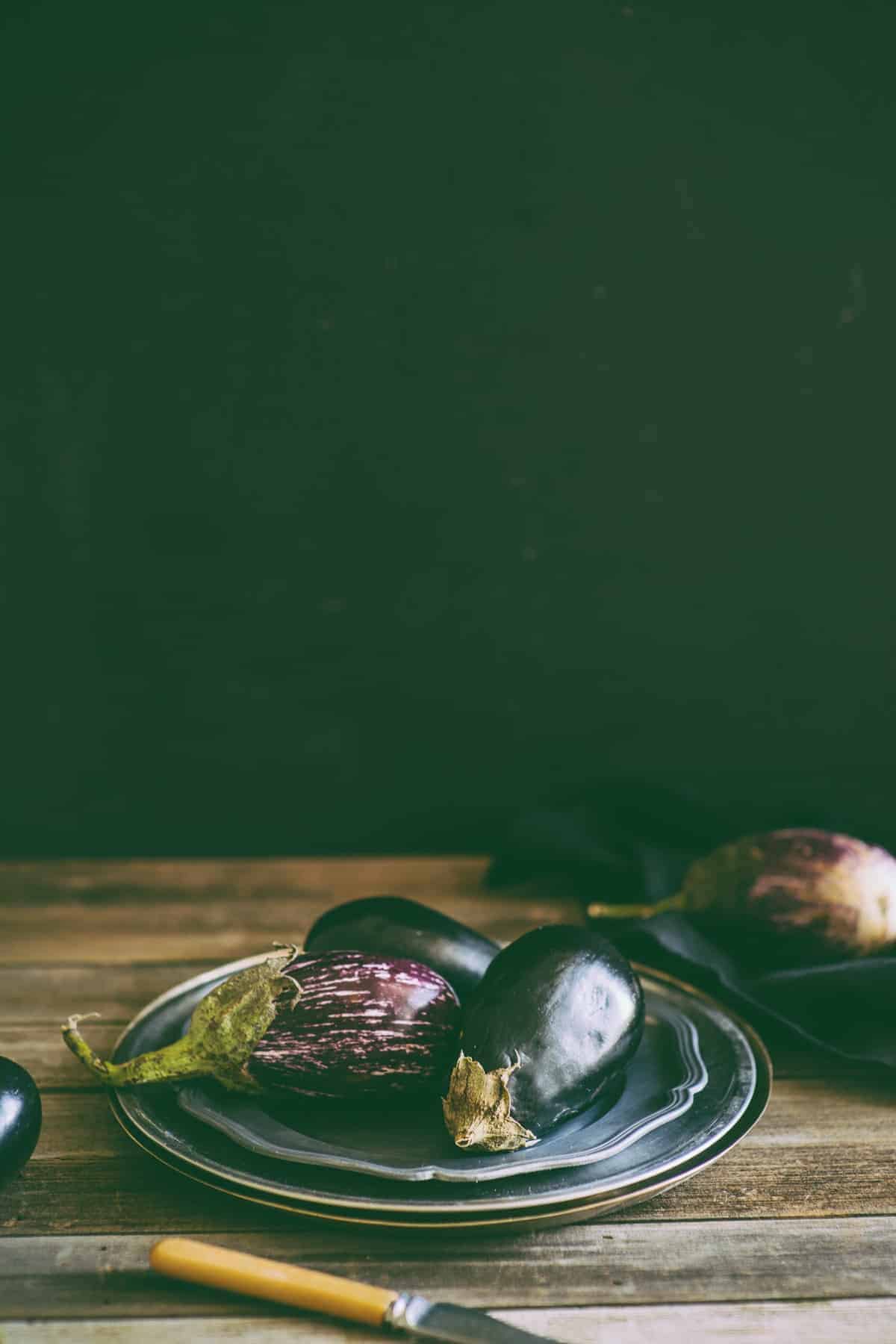 On top of that there is a TV show called "Ottolenghi's Meditteranean Feast" and it's been fascinating to watch. My mouth hasn't stopped drooling.

All it took was for me to watch that first episode and all of a sudden my kitchen was transformed into a Middle Eastern spice bazaar! Which brings me to today's recipe.

I did a Greek version of stuffed eggplants called "papoutsakia" last year but this time I tried something new. I stuffed (or should that be spooned) them with some cooked Israeli couscous. The original recipe called for bulgur but I think the recipe was flexible enough to play around with.

There's a little parsley and mint for flavouring and it gets topped with yoghurt and sprinkled with sumac. Speaking of sumac, I can't belive I'm late to the party with this spice! I've been putting it in nearly everything lately!

What I did forget were the raisins and slivered almonds! I added it after I shot these pics. No matter. It was still good.

As you can see I've paired this with some grilled lamb cutlets that I brushed lightly with pomegranate molasses and served these up with some "fasolakia" a.k.a Greek style braised beans.

My friend calls this feasting.

I call it delicious!

Eggplants are baked and then stuffed with Israeli couscous.
Adapted from the eggplant recipe in this article here

The dish is best served at room temperature or just warmed.

Use the herbs as a guide and adjust them, according to your own taste.