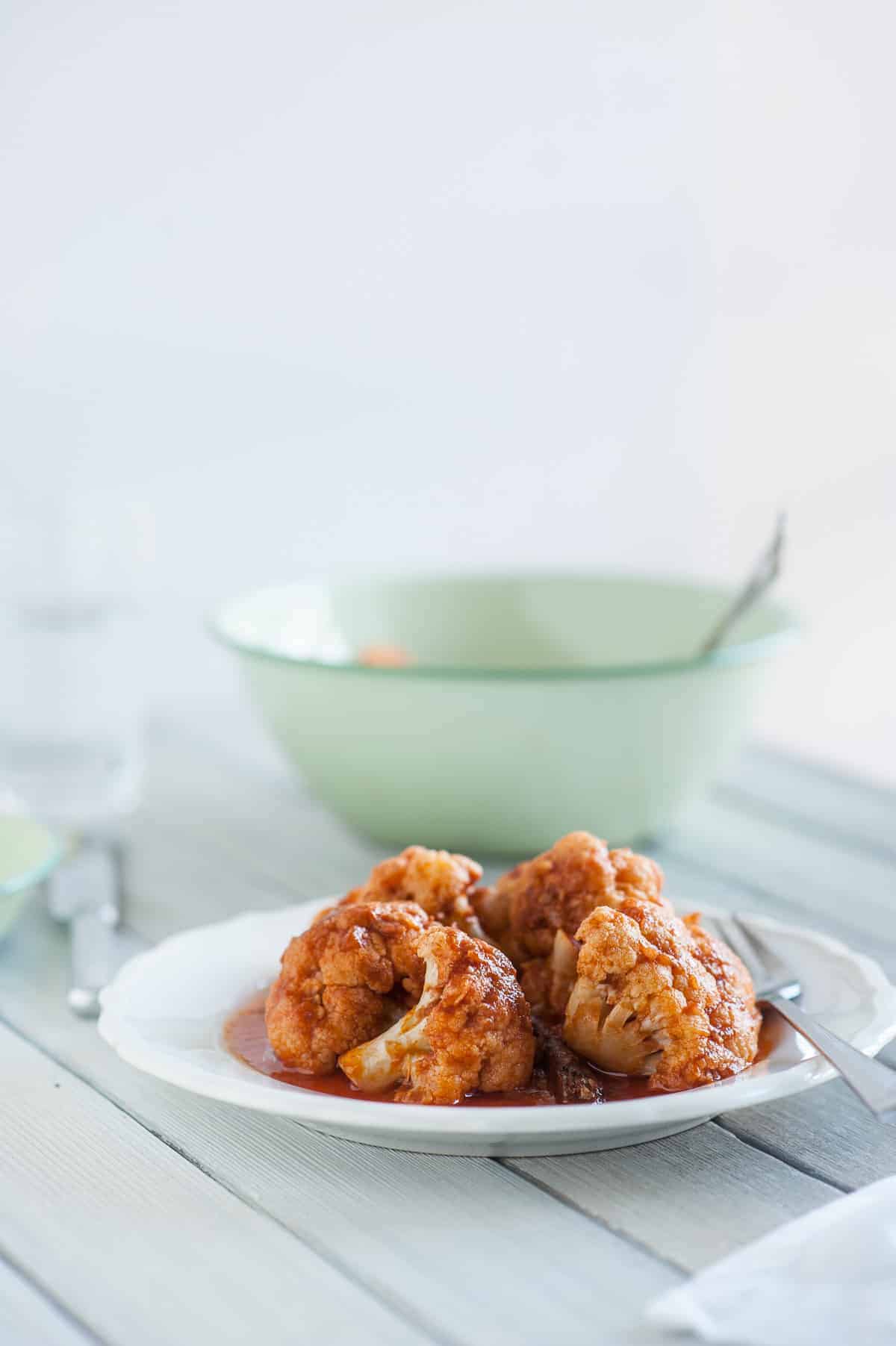 How do you define simple?

How about braised cauliflower-Greek style?

I know I often rave about simplicity in the kitchen and this dish is a classic example of that.

When I served this Greek style braised cauliflower dish to a friend recently, he remarked that not only was it tasty but quite frugal too.

The whole head cost me about three dollars. Add a few tomatoes, some onion, garlic and my beloved cinnamon and voila! A simple and cheap dinner.

Pair the braised cauliflower with your favourite protein or serve it as the star attraction with a side of Greek fetta. And don't forget some crusty bread to mop up those gorgeous, olive oil infused juices.

The hardest part about this dish is chopping it up into neat florets. The easiest part is the cooking.

I like to cook the cauliflower florets until they become nice and caramelised. Once that's done, add the cinnamon stick and tomatoes and let it simmer for about fifteen minutes.

So be wary about overcooking it.

You can choose to omit the cinnamon but to me that's what makes this dish. Like my cinnamon braised lamb shanks, I just adore the mariage between cinnamon and tomatoes! 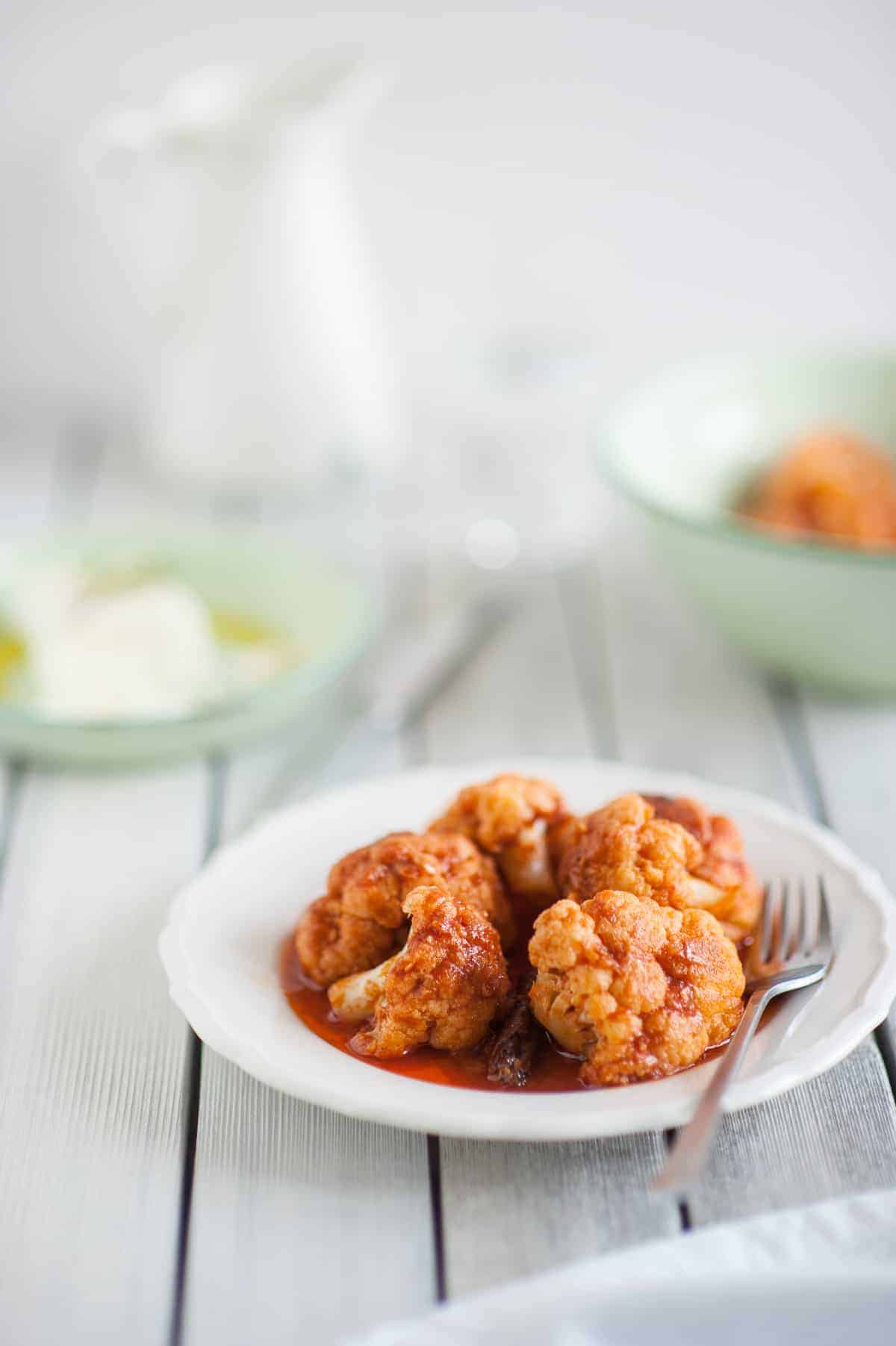 A recipe for Greek style braised cauliflower made with tomatoes and cinnamon.

« Kota me Hilopites-Chicken with Pasta
Galaktoboureko for Barbara »