It needs only one antidote.

Ok. By now you're probably a little over the whole showcase of ice cream recipes I've been experimenting with here on the blog.

It all started with the Irish coffee ice pops followed by my easy home made ice cream. And then I featured the gin and tonic sorbet for The Boys Club site.

And now if you'll let me, I have one more experimental recipe for you to enjoy. 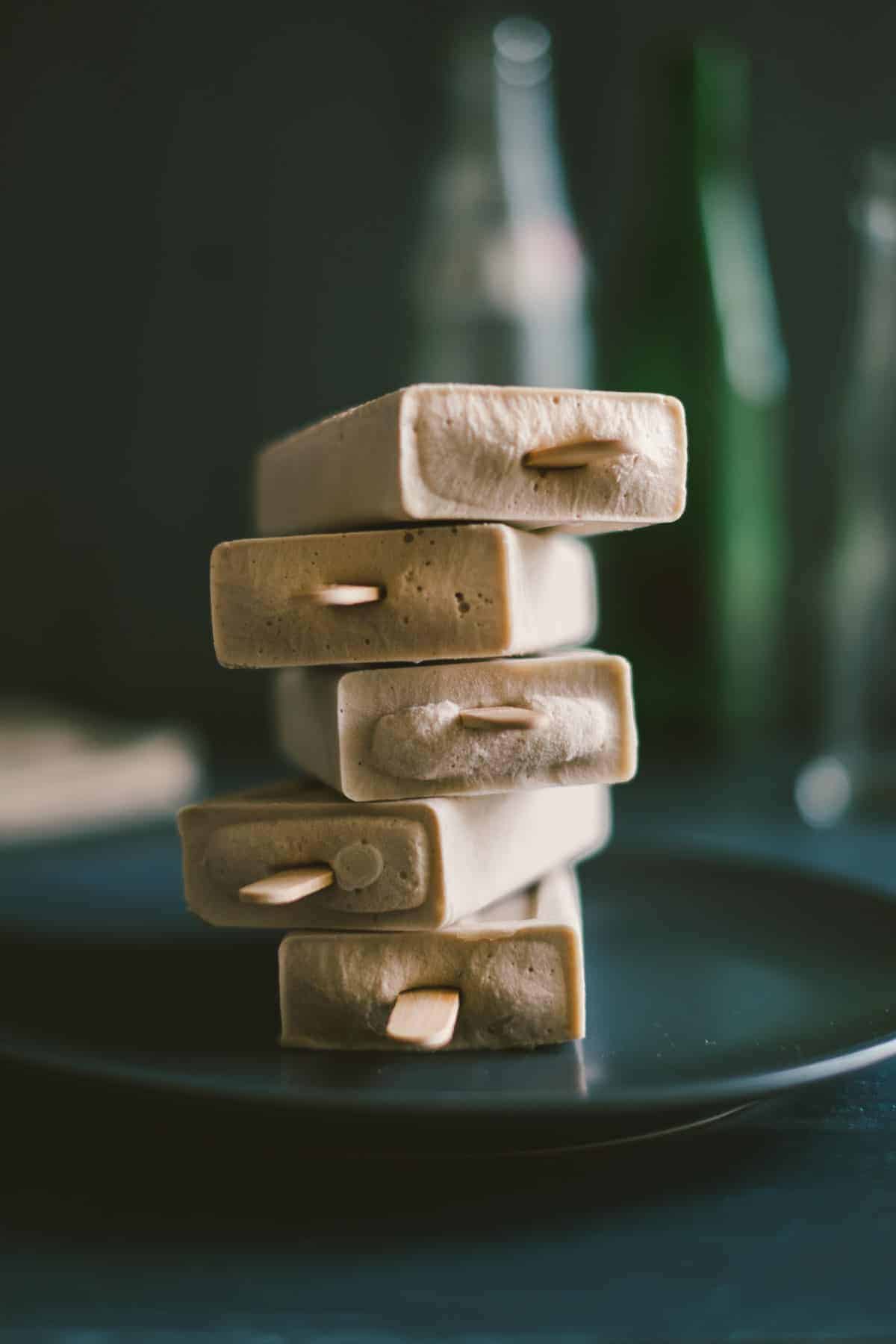 This one took a few attempts but I think I may have perfected it now.

Don't be skeptical. Similar to the raw cheesecake with berries this one uses cashews as its main ingredient. Its whizzed up in a high speed blender and you end up with a creamy "good for you" concoction.

But the fun doesn't end there.

I've added a frozen banana, a little honey for an extra touch of sweetness and some vanilla.

When I first made these the taste was reminiscent of that 70's ice cream they made here in Australia called a "Barney Banana". I was obsessed with these as a child (along with banana milkshakes form the Milk Bar!).

After making them and thinking they looked a little bare, I further enhanced them with some melted 70% couverture chocolate and coconut oil.

The final touch was dipping them (very quickly mind you!) in some shredded raw coconut and crushed almonds! 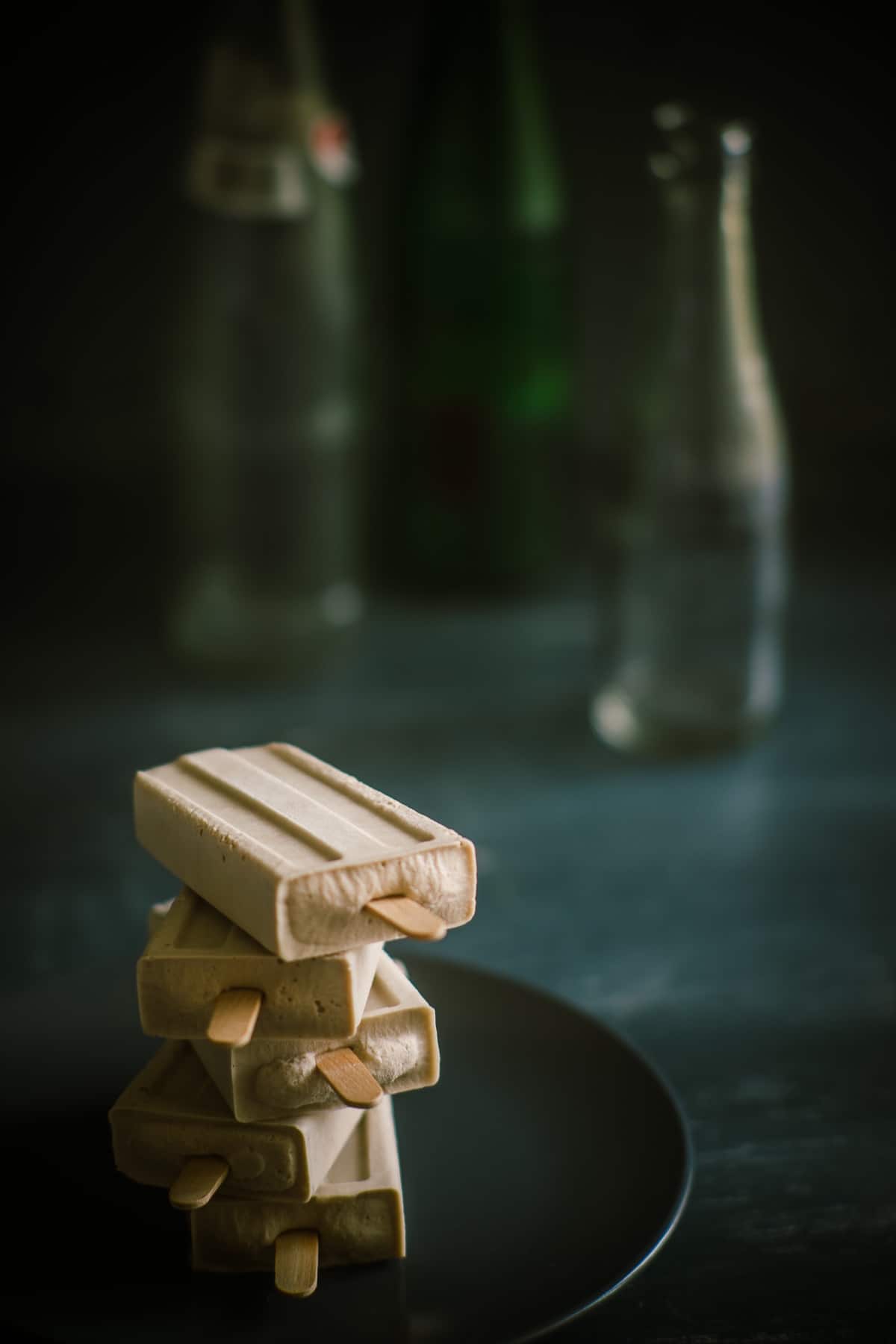 Delicious! Good for you and heavenly!

An ice pop recipe made with raw cashews and bananas

To decorate the ice pops:

This recipe made 10 ice pops.

Each mould holds 100ml so the total quantity should equal 1 litre.

If you want to use the same moulds to make ice pops at home try this set from Amazon.

« Heirloom Tomato and Haloumi Stacks
By The Sea Side »